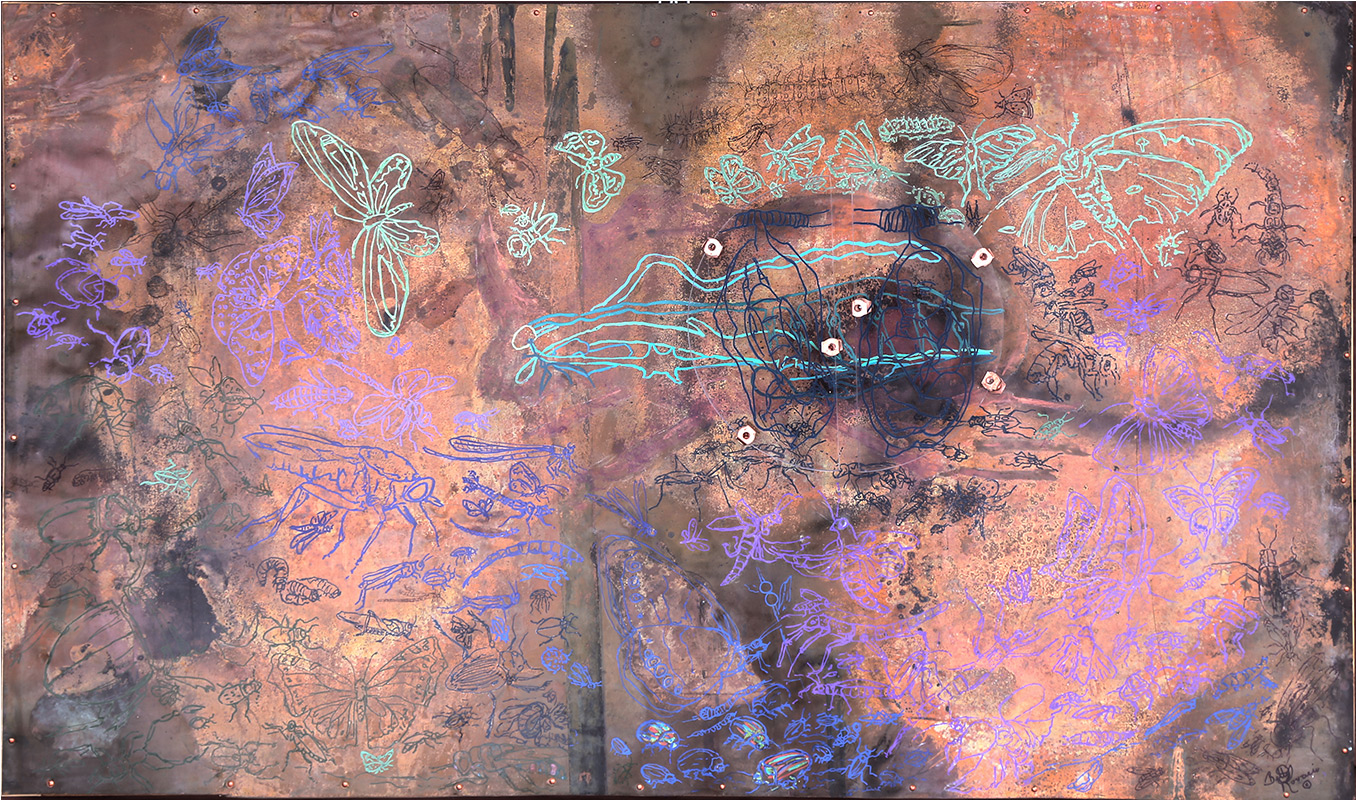 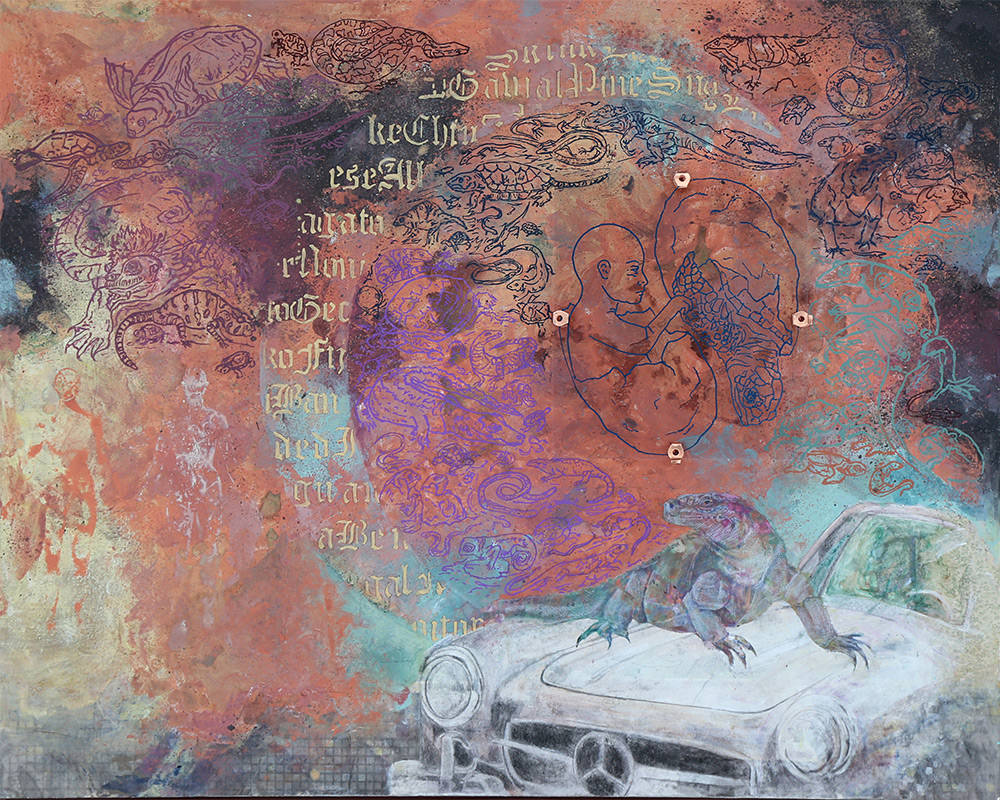 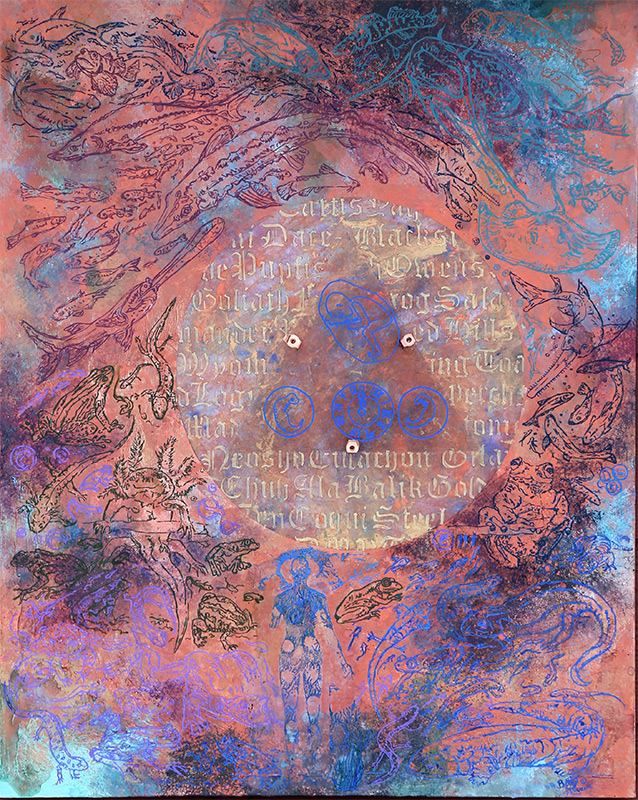 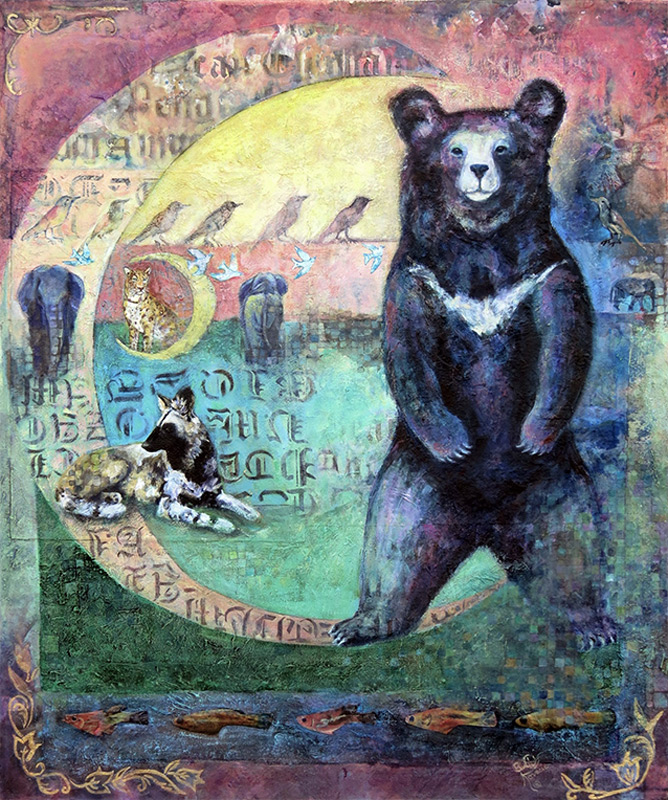 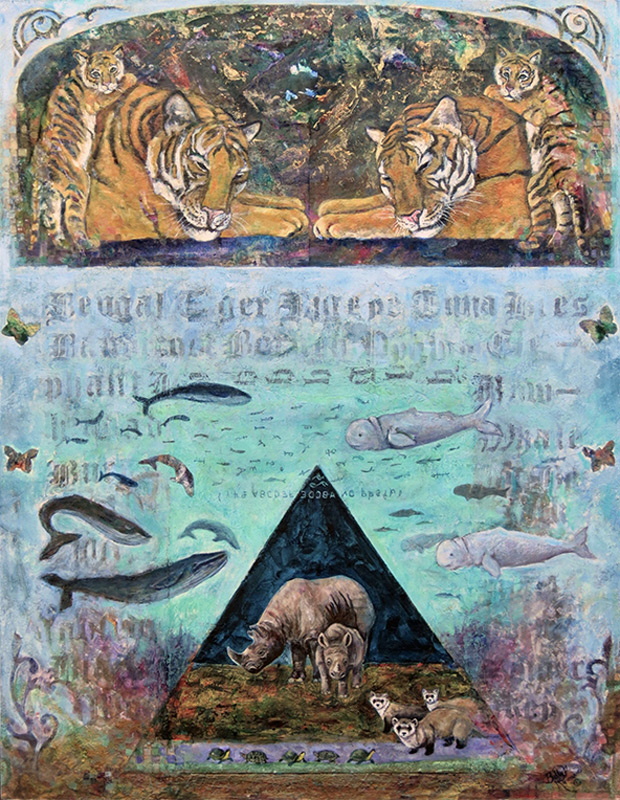 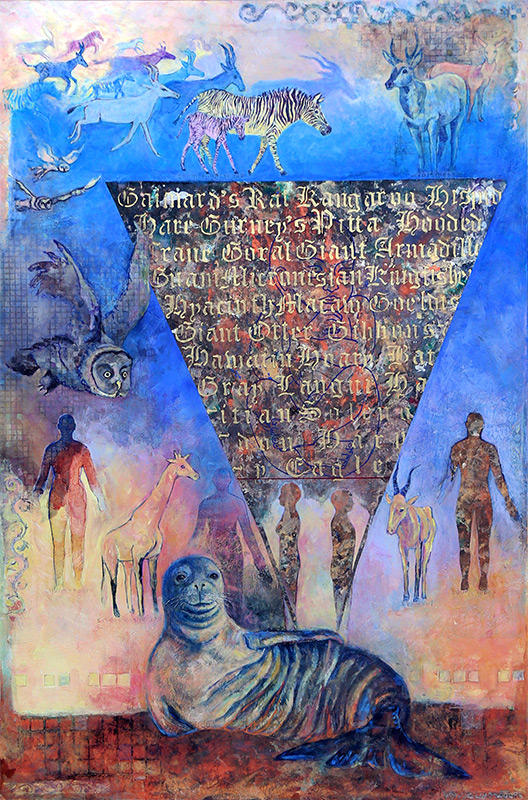 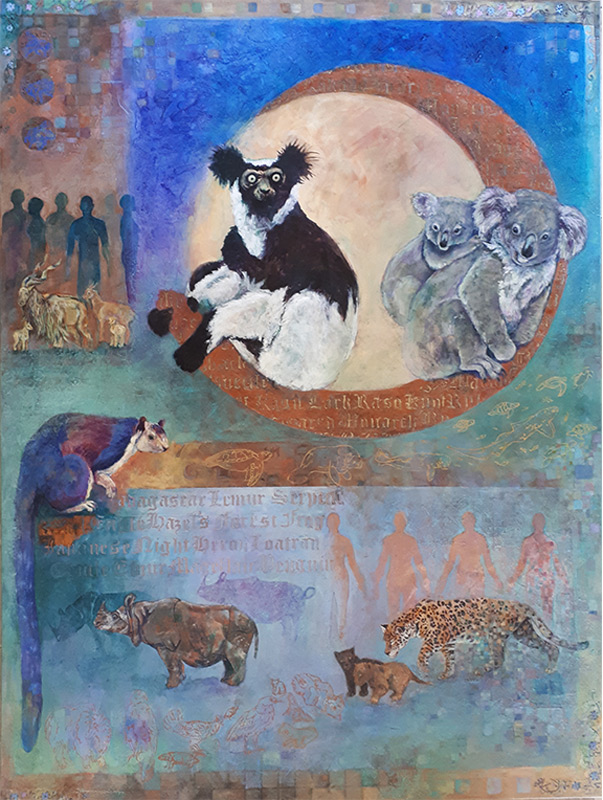 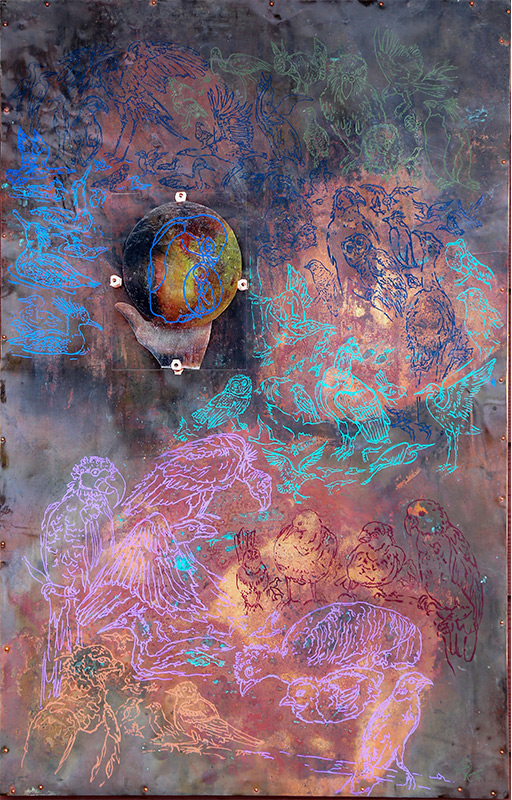 “Diversity of Life” I feel that all living organisms on Earth are connected. The myriad threads of our connections span the globe like intricate lacework. Sadly, humans have been remiss in their stewardship of the planet. Now, many of the threads are frayed and worn. Worse still, many strands have already been broken through human activity that neglects and abuses our intertwined ecosystem. With my entire being, I passionately believe we have a sacred trust to care for and protect our planet Earth and all her citizens.

Through “Diversity of Life,” I have depicted hundreds of beings whose very existence hangs by a precarious thread. This work expresses my grief for those threatened or endangered by human activity and global indifference. It is also a statement of my love and awe at the relationships, fragility, and profound beauty of all living creatures. I want to spark conversation and empathy for those whose very existence relies on the human response to this global crisis.

Many scientists believe that the Earth has begun its sixth mass extinction, which threatens not only humanity but the continued existence of other species. Paul Ehrilich along with five other co-researchers and authors, wrote the paper “Accelerated Modern Human-Induced Species Losses: Entering the Sixth Mass Extinction.” It was published in the journal “Science Advances” in 2015.

Disturbingly, the culprit is humanity. Increased human population, along with growing consumerism, is killing the Earth and her inhabitants. Instead of “…nine vertebrae extinctions that would be expected to occur in normal geological circumstances since 1900, their conservative estimate adds another 468 extinctions spread among mammals, birds, reptiles, amphibians, and fish,” Zan Zalasiewizc wrote in The Guardian.

The text is an element through which I explore formal aesthetics. It also signifies communication, or the lack thereof, between much of humankind and Nature. Written in Old English Gothic, the text alludes to illuminated manuscripts which were once created to both preserve and share knowledge. In this work, the text lists the names of endangered creatures. Like illuminated manuscripts, my paintings safeguard the image or name of endangered beings while symbolically disseminating information.

Too Much of Not Enough

A Roomful of Missing Women

Soul of The City

Art Informed by the Past