Like the layers of life, my work cannot be decoded or understood with a quick glance. 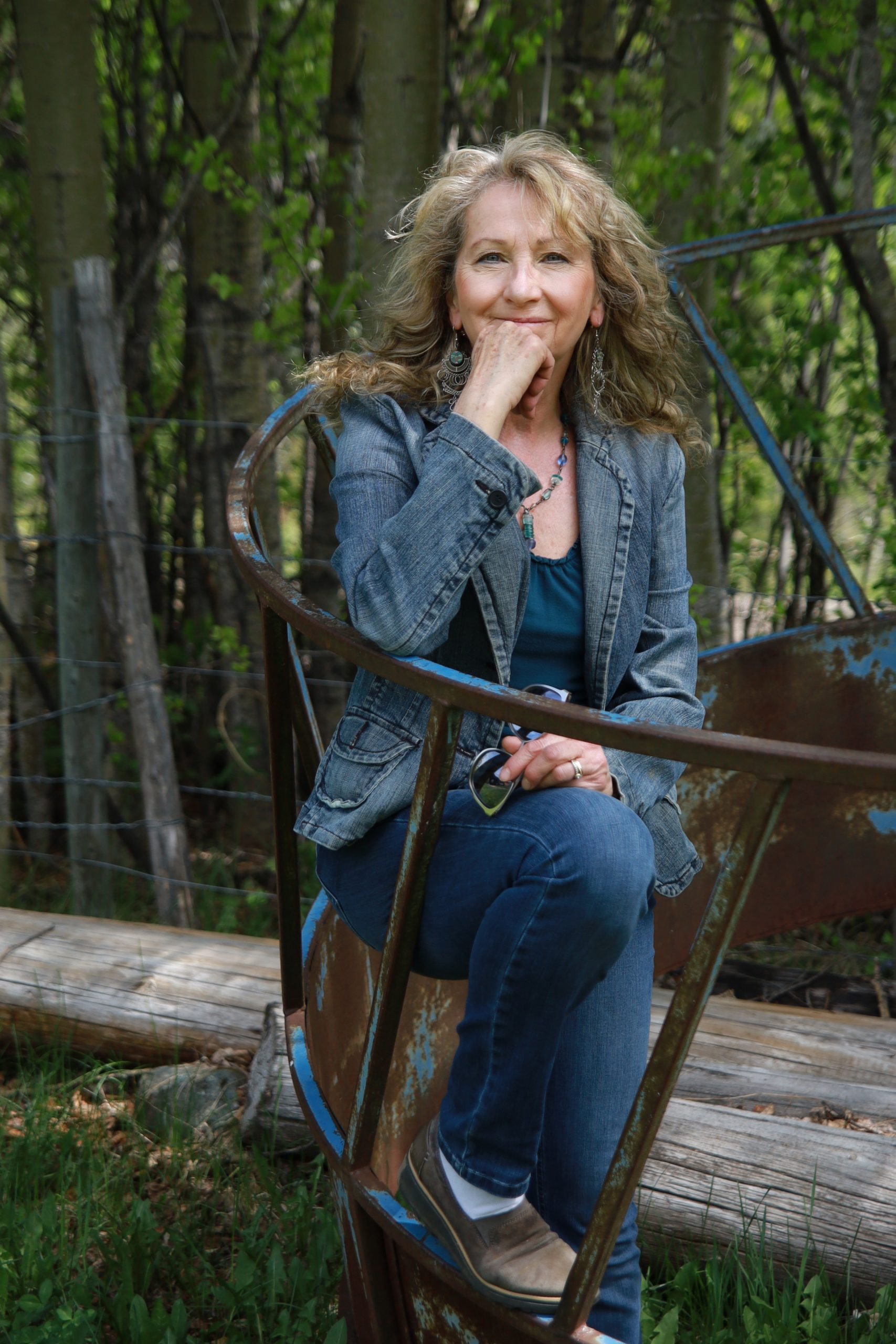 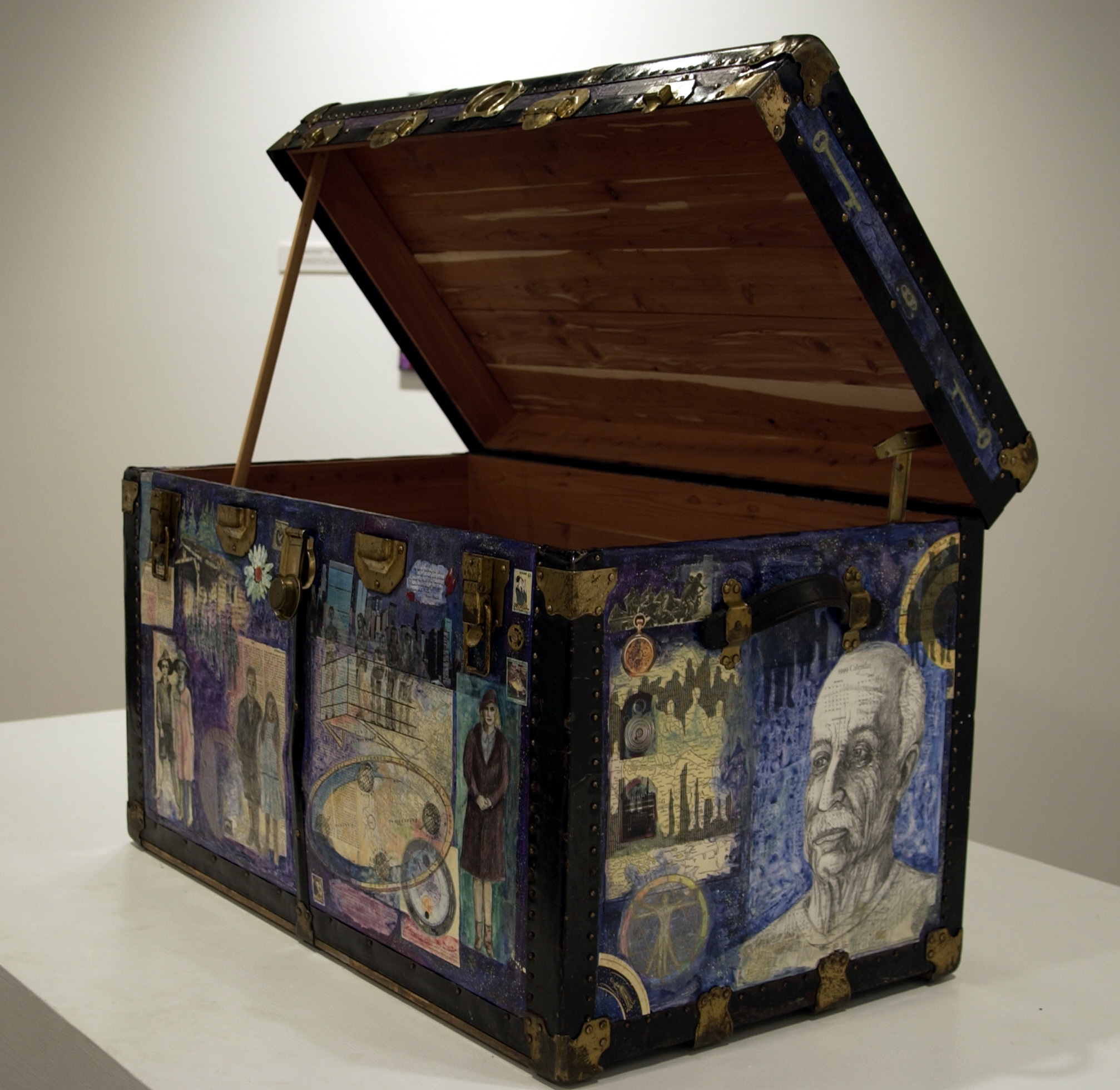 The love of art started at the age of two. Her mother had given her some crayons and a piece of paper. Cveta, Betty’s mother, often recounted the event. “She made some marks on the paper and was forever lost … to Art.”

The need to make art grew more intensive as Betty became older.  She was often found at the end of the kitchen table drawing or painting, while her family played games.  Art lessons were not affordable for the family. Other than the art classes she attended in school; Betty was self-taught.

Betty, who achieved a BFA from the University of Victoria, is now a Canadian artist based in Prince George. Betty’s work has expanded to encompass all aspects of the human condition, the environment and life itself. The expression of her unique vision has received acclaim since the 1980’s when her art was selected year after year for the prestigious provincial exhibitions Images and Objects and Artworks.

Bodies of work develop organically from what inspires her. The work unfolds as she utilizes techniques and multimedia processes to embrace the topic that she is discovering. She does not look for the next project they find her. Betty differentiates herself from other artists through her genuinely distinctive voice, and style. Her work is recognizable within any gallery.  Her art transforms to embrace the thematic issues being explored. Images are mined from her life and creative experiences. Visual elements are also extracted from the wealth of popular culture, the media, literature, opera, mythology, history, and art of the past.

Betty’s exclusive art, with its complexity of techniques and images, provides an aesthetic, intellectual, and visual experience that expands with each viewing. Her art has added a unique dimension in numerous public, private, and corporate collections. Always active in the community, Kovacic has worked as an independent art instructor for over 20 years. She teaches several studio art courses for the University Transfer/ Art Certificate Program at the College of New Caledonia.

Betty is a veteran of numerous solo exhibitions in British Columbia and Alberta. Her opening reception and exhibition attendance numbers have broken many galleries previous records. Her work has also been included in countless group exhibitions across British Columbia.

In 1997 “The Land and Dreams” won an award of excellence at an inter-provincial exhibition.

She received the Jean Clarke Historical Award in 2002. Kovacic was inducted into the Prince George Community Art Council’s Gallery of Honour in 2005.

She received the first Alice Box Memorial Award for both her work with children and her dedication to the arts.

She created a mural to commemorate and recognize the experiences of those affected by the Canadian internment operations. Titled “Shadows of the Past”, it is on permanent display at the College of New Caledonia, in Prince George, Council and received the Queen Elizabeth Diamond Jubilee Medal in 2012.

Betty’s millennium project “Legacies” received provincial recognition when the British Columbia 2000 Community Spirit awarded her a grant. The turn of the millennium saw Kovacic’s project awarded two more prestigious grants, one was from the Historical Foundation in a national completion.

In 2006 and 2007, the importance of Kovacic’s project “A Roomful of Missing Women”, was acknowledged when it received several significant grants, including ones from the Vancouver Foundation, the Hamber Foundation, and Integris Credit Union. In 2009 Kovacic received a grant from the Canadian First World War Internment Recognition Fund.

Julian Forrest, Alberta artist and curator wrote that “artistic merit was … evident” in her art. Another stated that “the integrity and quality of (her) artwork is outstanding”. A veteran of numerous solo, group, and touring exhibitions in British Columbia and Alberta, her exhibition openings have frequently broken previous attendance records.

The Prince George Citizen’s feature on “A Roomful of Missing Women” was printed in papers all over British Columbia. The Edmonton Sun and other Alberta newspapers published numerous articles regarding the project. The Globe and Mail featured her art and story in their Globe Report in January 2007.

Articles about her art can also be found in the magazines “The Canadian Women’s Health Network” and in “Herizon”. Additionally, her work has been highlighted in many scholarly publications and presentations in Canada, France, and South Africa.